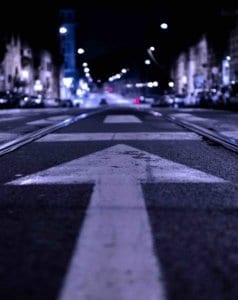 How Does Illinois Define and Punish Aggravated DUI?

The State of Illinois features strict laws against driving under the influence (DUI) of alcohol, drugs, or similarly intoxicating substances. Any driver who commits DUI in Illinois can face a variety of consequences, including confinement, fines, and license suspension.

On top of the standard DUI laws mentioned above, Illinois also has an elevated charge of aggravated DUI. The aggravated version of this offense applies to certain repeat offenders and in various other circumstances. Any driver who commits aggravated DUI can expect to face even more severe punishment under Illinois law.

What is the Illinois Definition of Aggravated DUI?

Illinois law at 625 ILCS 5/11-501 provides the state-specific definition of aggravated DUI. Under this section, the situations in which a regular DUI becomes aggravated DUI include but are not limited to:

A driver commits DUI for a third or subsequent time; A person commits DUI while operating a school bus with How Does Illinois Define and Punish Criminal Sexual Abuse?

In the State of Illinois, there are laws against and penalties for various sex crimes, including criminal sexual abuse. Although this category of offenses bears a certain similarities to sexual assault crimes, criminal sexual abuse has a specific statutory definition and punishment, as the following sections will explain in more detail.

What are the Illinois Laws Against Criminal Sexual Abuse? How Does the Illinois Criminal Code Address Forgery?

Forgery is an offense under the Illinois Criminal Code that involves misrepresentation with fraudulent intentions. There are many different types of forgery in Illinois. Depending on the object of forgery in question, the punishment can fluctuate greatly. In most cases, forgery crimes include extended confinement and hefty fines.

What are the Illinois Laws Against Forgery?

720 ILCS 5/17-3 establishes the Illinois laws against forgery. Under this section, a person commits forgery if they demonstrate fraudulent intent and knowingly:

An Illinois man faces felony charges for unlawful possession of marijuana with intent to deliver and another drug crime, according to an article by The Pantagraph.

The 22-year-old man is from the 200 block of West Locust Street in Normal. Law enforcement arrested him with approximately 12 pounds of marijuana and a small amount of psilocybin mushrooms. As a result, the authorities charged this man with:

The Illinois man remains in custody at the McLean County Jail, as he declined to post $20,035 in bail. While this man awaits his next hearing, it seems like a proper chance to review Illinois laws against and penalties for unlawful possession.

Unlawful Possession of a Controlled Substance